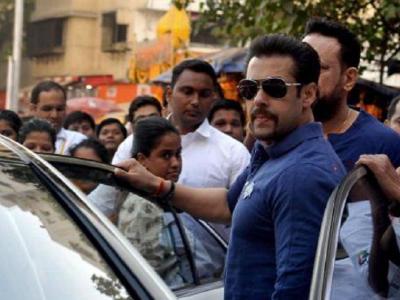 Entry of media and lawyers inside courtroom restricted

According to reports, the court has not allowed anyone from the media or the lawyer fraternity not connected to the case enter the court.

The massive beat by the courtroom, in spite of all the verdicts and hearing where all of the accused confessed to have not committed the crime, is now under the purview lense of Indian Judiciary system.

By the power of Indian constitution and the law of equality before the law, Actor Salman Khan has been convicted of the charges levied against him in this final verdict.

However, rest of the accused, Tabu, Saif Ali Khan, Neelam and Sonali Bendre have been freed from the charges under the guidance of honorable Court.

The verdict would result into the situations for Salman Khan as:

If given punishment for 3 years,

he would be eligible for immediate bail and would serve the trial later on.

If given punishment for 6 years,

He will have to serve his punishment in Jail and it would be under the guidance of honorable court to restrict bail against the verdict this time.

It is predicted that on the humanity ground Salman Khan could be given punishment with a view to addressing the Society with a message that no man has the right to take law in hands, however, the Actor with his clean records it is predicted to be given a punishment of around 3-4 years to balance the law in act.