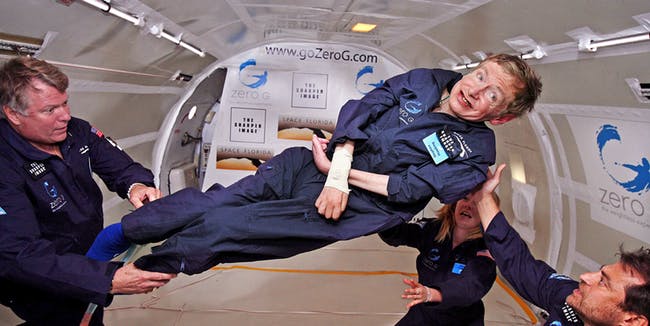 In the era of science and space technology, one man with almost every organ at the last verge of existence the name which could make even a fit and fine man think twice the purpose of life one serve in his/her entire life, the one man with unique desire to learn the unique aura of mindset and positiveness in the crippled life and loneliness, that one man Sir Stephen Hawking has left us today in the shadows of his work towards not only one man but the complete existence of human being.

From the 8th Standard in Indian educational system, the NCERT syllabus booklet introduces “The Interview of Stephen Hawking”. A chapter not just to let students know about the important scientists or fictional stories, but it is done to let the spark blow out of that every child that reads the chapter with an in-depth understanding of an autobiography in a simple way that the core soul of the children would be embraced without even realizing how important that chapter is for their life yet to come.

Sir Stephen Hawking, the work done by him is out of the scope of this article, his chair was still in the room, but his mind and imaginations were about the evolution of galaxies and the study of life from zero to what we are today and even what we shall be doing in the future. From the Blackhole theory to the people to be shifted to other planets, a dream that Mr. Hawking has shown to the researchers as a next-gen evolution yet to come and the new galaxies to be found in the world.

It is still unbelievable that Mr. Stephen Hawking a man could not:

showed us things that no other human could have done even with entire health and wealth a man could ever achieve in his entire life.