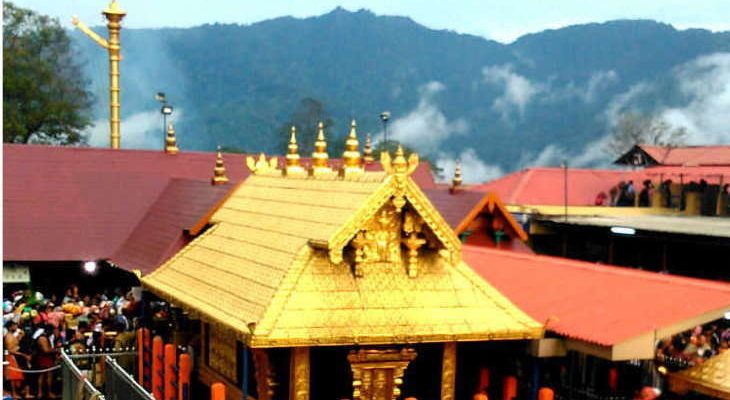 Sabarimala Temple Case: All You Need To Know

Kerala’s Sabarimala temple hit the news when it opened on Wednesday evening for the first time after the historic Supreme Court verdict allowing women between the age of 10 and 50 to pray there. A large number of followers prevented entry of women in that age group. Despite the long-standing controversy over the entry of women in the temple, a lot of people still know little about the temple and legends and traditions associated with it.

Who is Lord Ayyappa?

Lord Ayyappa, the chief deity of Sabarimala, is believed to be Hariharaputra, born of the union of Lord Vishnu in the form of Mohini (Hari) and Lord of Shiva (Hara). 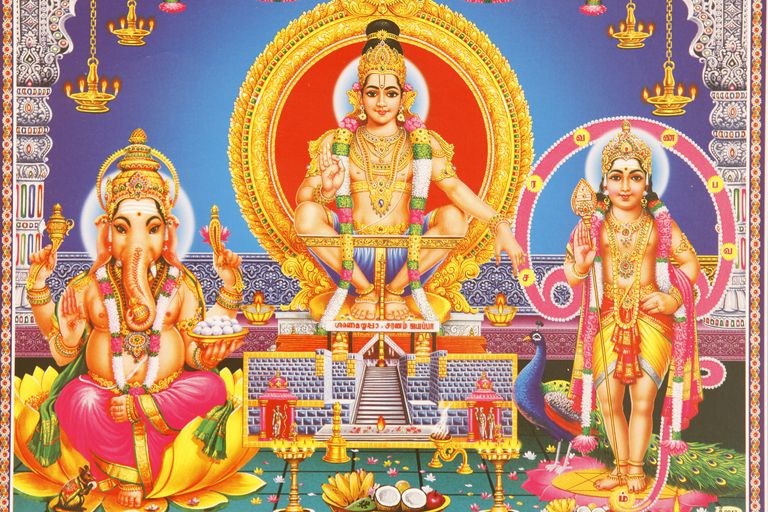 Manikandan, an incarnation of Lord Ayyappa, rediscovered the temple in the 12th century. Manikandan was a prince of the Pandalam dynasty. The conspirators hoped he would be killed by tigers. But they realized his divine origin when he returned to the palace riding a tigress.

An example of Hindu-Muslim harmony

A visit to the Vavar mosque is an integral part of the Sabarimala pilgrimage. Vavar was a Muslim friend of Manikandan, the incarnation of Lord Ayyappa. Ayyappa devotees visit the mosque throughout the 160-odd days of the year when the Sabarimala temple is open to devotees. Even when Muslims offer their prayers inside the mosque, the Hindu devotees perambulate the mosque. There is no idol in this temple but a carved stone slab to symbolize Vavar and an old sword believed to be his.

On a day marked by protests, scuffle sandstone-throwing, troublemakers ignored police warnings and ran riot in Nilakkal and Pamba, two important sites where devotees gather before trekking to the temple in the Western Ghats. Protesters turned away at least two female devotees who tried to enter the shrine, maintaining a centuries-old tradition that women of menstruating age cannot enter the temple because the presiding deity, Lord Ayyappa, is celibate.

Chaos erupted hours before the 800-year-old temple, nestled in the greenery of Pathanamthitta district, opened at 5 pm with the chanting of hymns for a five-day ritual. Several television channels reported that hardliners targeted women journalists and attacked the vehicles of their crews. Television footage showed policemen chasing protesters away through dense forests near Nilakkal.

Policemen deployed in strategic areas did not seem to be a deterrent to the hundreds of protesters, who damaged at least 10 buses. Fearing a flare-up, the district administration imposed restrictions prohibiting the gathering of more than four people under section 144 of CrPC in trouble-hit areas, including Nilakkal and Pamba.

The apex court had opened the doors of Sabarimala to women of all ages in a 4-1 judgment on September 28, annulling the age-old tradition of the temple to deny the right of worship to women aged between 10 and 50 years.

Sabarimala Samrakshana Samity, an umbrella organization of several outfits protesting against the court order, called a daylong shutdown across the state on Thursday to protest against Wednesday’s police action.

CM Vijayan has assured that his government does not want a showdown with devotees and blamed “Sangh Parivar” outfits for orchestrating the protests, the BJP has maintained that the government is responsible for the “sorry state” in Kerala.

Tension was palpable in the southern state since Tuesday, when crucial talks held in the capital Thiruvananthapuram among the tantri (supreme priest of Sabarimala), the erstwhile royal family of Pandalam (considered the custodians of the temple) and Travancore Devaswom Board(responsible for the administration of the temple), could not reach a solution. 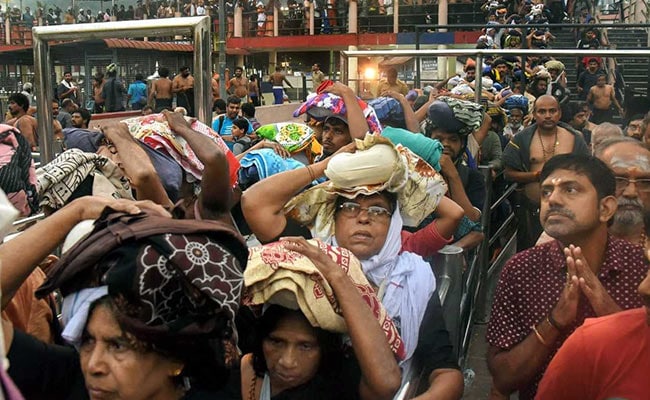 Today will be the last chance for women below 50 years of age to make history by walking it through the doors of the Sabarimala temple since the temple opened on Wednesday for the first time after the top court’s ruling. A woman yesterday suffered from a panic attack and had to be taken to a hospital near Sabarimala after masses of protesters surrounded her.  Kerala police had earlier said that they will provide protection to the women devotees to reach the temple, but cannot help beyond that.