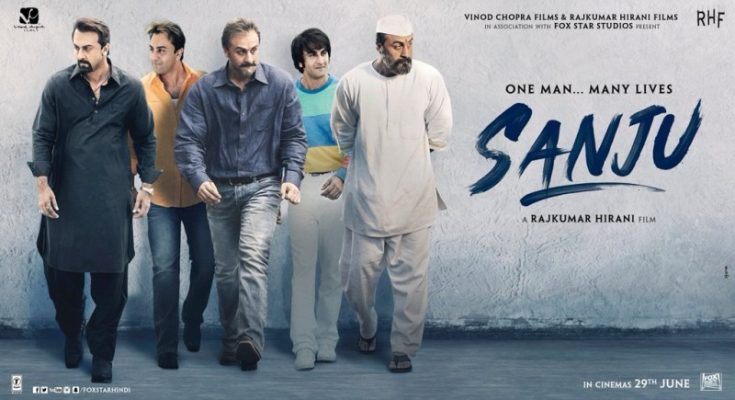 The Mindset of the Fans for the movie: Sanju

With a mindset of the movies with some fictitious stories, huge fans hit the movie theaters on Friday evening with a hope to see the similar action drama sequel in the trending Bollywood movies these days. However, the movie turns out to bring a total shift in the verticals being followed by the industry so far this year.

The Actual Show on the sets of the movie: Sanju

Without any major action and drama, the movie should all the required attributes to make the audience stick their eyes on the screen for the long hours of the movie, the fans from Kapoor and Dutt family both turn out to support this movie as a major comeback for Actor Sanjay Dutt after tragedic incidents in his life so far.

The Trailers and expectations before the movie got launched: Sanju movie review

The trailers were actually delusional to present the mixed aggression and intensive thrush throughout the movie. Some of the trailers also made the preconceptions about the movie to be a bit Adult comedy, this also turns out to be very less in comparison to the major portion of the movie.

Watch the Official Trailer of the movie here click here

A brief, why this movie: Sanju Movie typecast

Actor Sanjay Dutt has been portrayed into his own biography with Some previous movies like Munna Bhai MBBS and Rocky scenes have been included to complete the missing dots of the two generations on the upfront for the Dutt family.

There are some major roles and characters depicted in the movie. The drug dealer friend actor which actually made a strong role in the movie Padmavati/Padmavat with the actor Ranbir Singh on the negative role. Actor Dia Mirza made her comeback with this movie after so many years and her role was perfectly outcasted as Sanjay Dutt’s Wife in the movie.

The Gist of the Movie: Sanju

Talking about the Major portion, the movie has been sentimental, full of emotion, hardships that Mr. Sunil Dutt faced while handling the situations as one on the one front his Wife was fighting the Cancer and on the other hand Sanjay Dutt his son, had given up himself to the drugs and eluded his well-settled legacy to the dead end of negative fame in the society.

A serious message from the movie “Sanju” by Rajkumar

Although the reactions would be mixed from all forms of the audience but surely the media has been taught a serious note that it is not the news that they print from their secret resources, but it is the lives of the family member and the person himself who suffer only because of a very easy getaway question mark put up by the Media persons in creating a crispy news and raise allegations on the person, in this case, Sanjay Dutt the son of late Shree Sunil Dutt.

As per the official channel of the FOXSTAR HINDI

Sanju is a hilarious and heartbreaking exploration of one man’s battle against his own wild self and the formidable external forces trying to crush him. It depicts the journey of a man through everything that life can throw at him. Some true stories leave you thinking “did this really happen?” This is one such unbelievable story that happens to be true.